For Playing In A Dark Room Or For A Dramatic Effect

We offer the option of state-of-the-art LED lights installed under the neck on any of our carbon fiber lever harps. They’re specifically designed to shine down primarily on the strings and the players hands, rather than the whole area. The lights display the red, green, blue spectrum (and can also be set to white), with the ability to create 27 different shades. They also can be set to various levels of brightness, and 15 different transitional themes–including flashing, pulsing, strobing, etc.–creating a dramatic effect before you come on stage or when you take a break.

All our LED light systems now use a custom, fully-rechargeable lithium-ion battery pack, and have a separate on/off switch as well as a small remote control/dimmer unit to control the lights. As much as people are impressed when they first see the harps, they’re even more impressed when the lights come on, and even more still when you control them from your pocket! The lights are not only very useful in dark environments, they also increase the ‘wow’ factor of the harps. 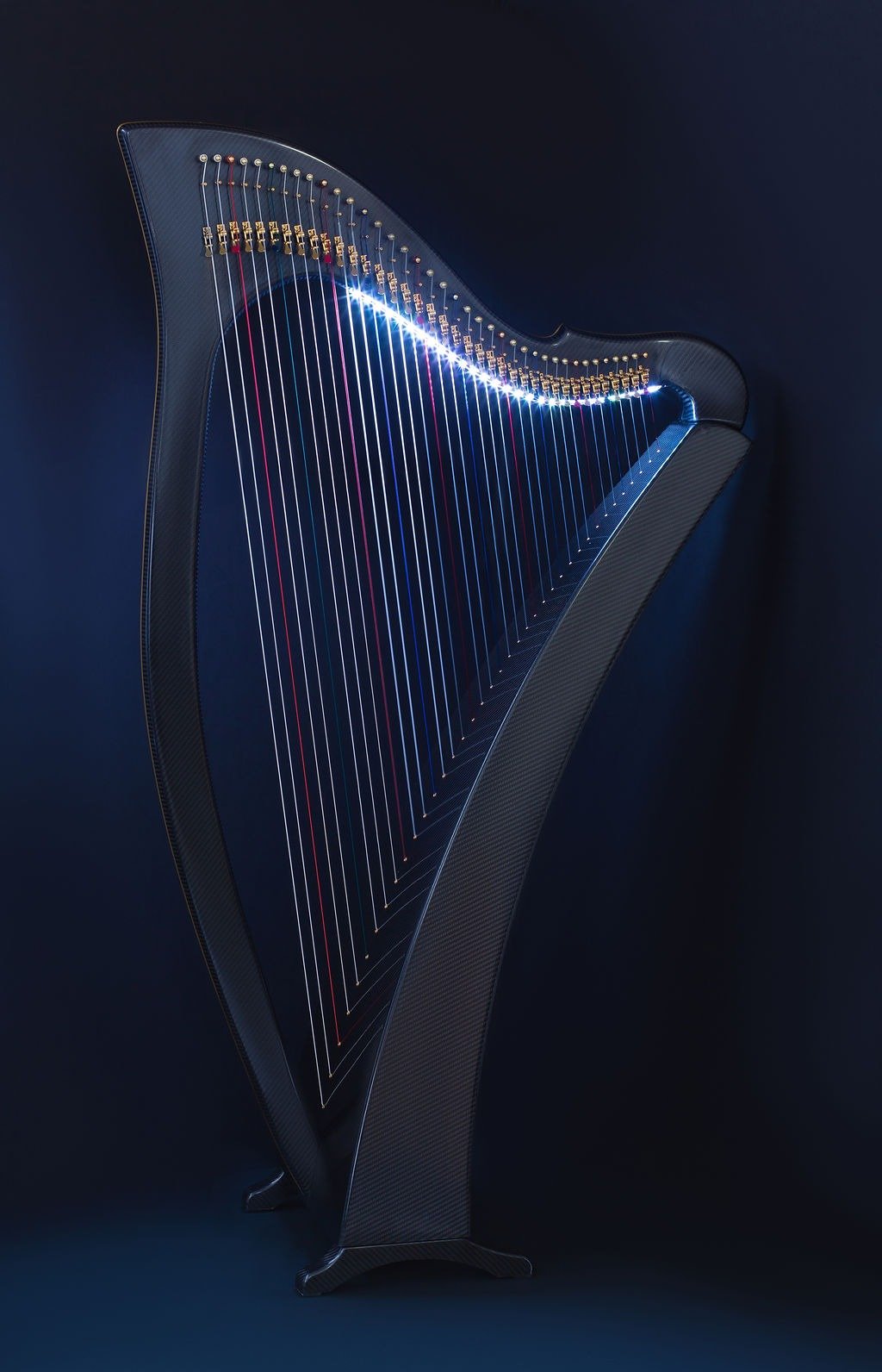 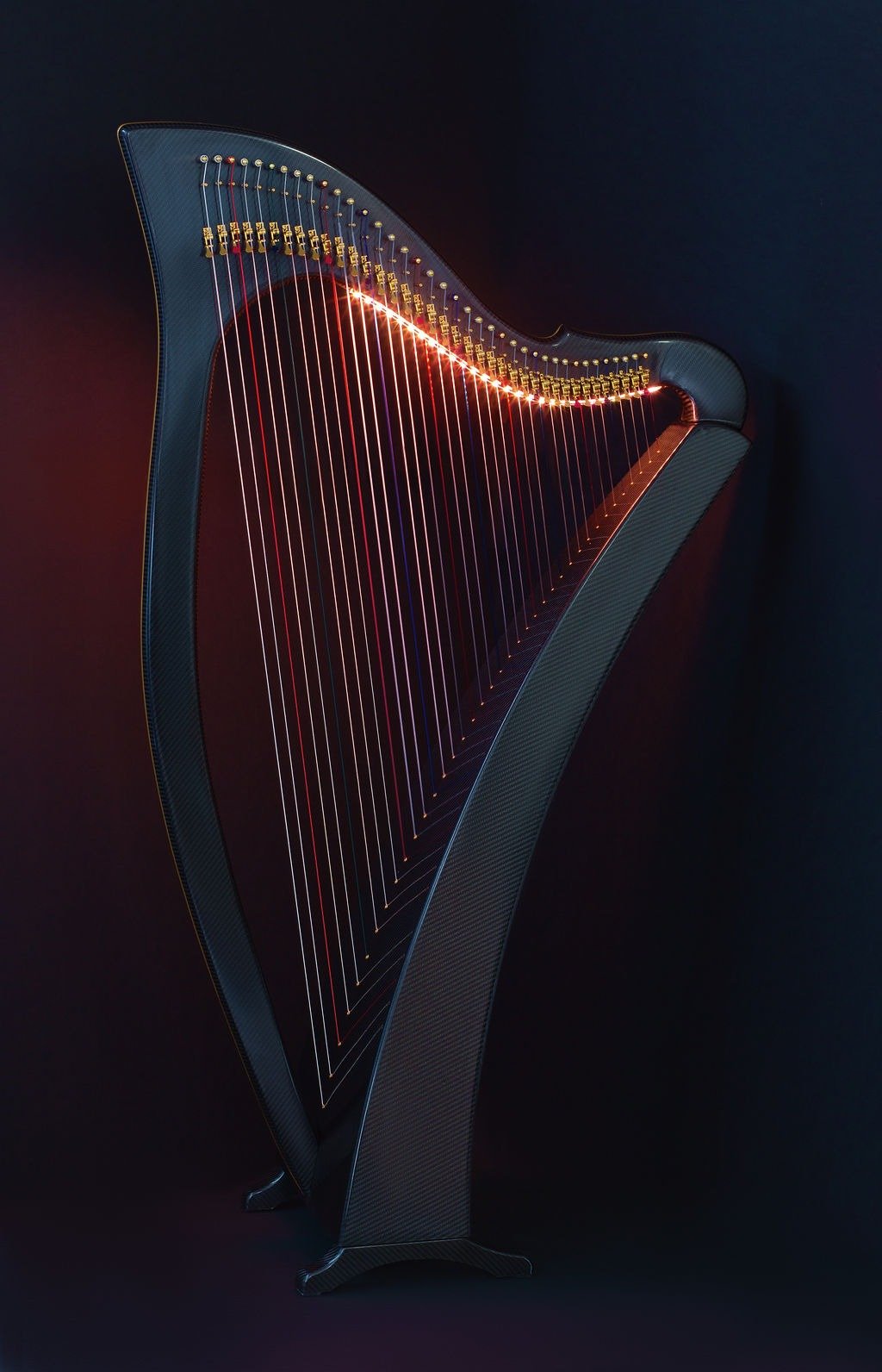 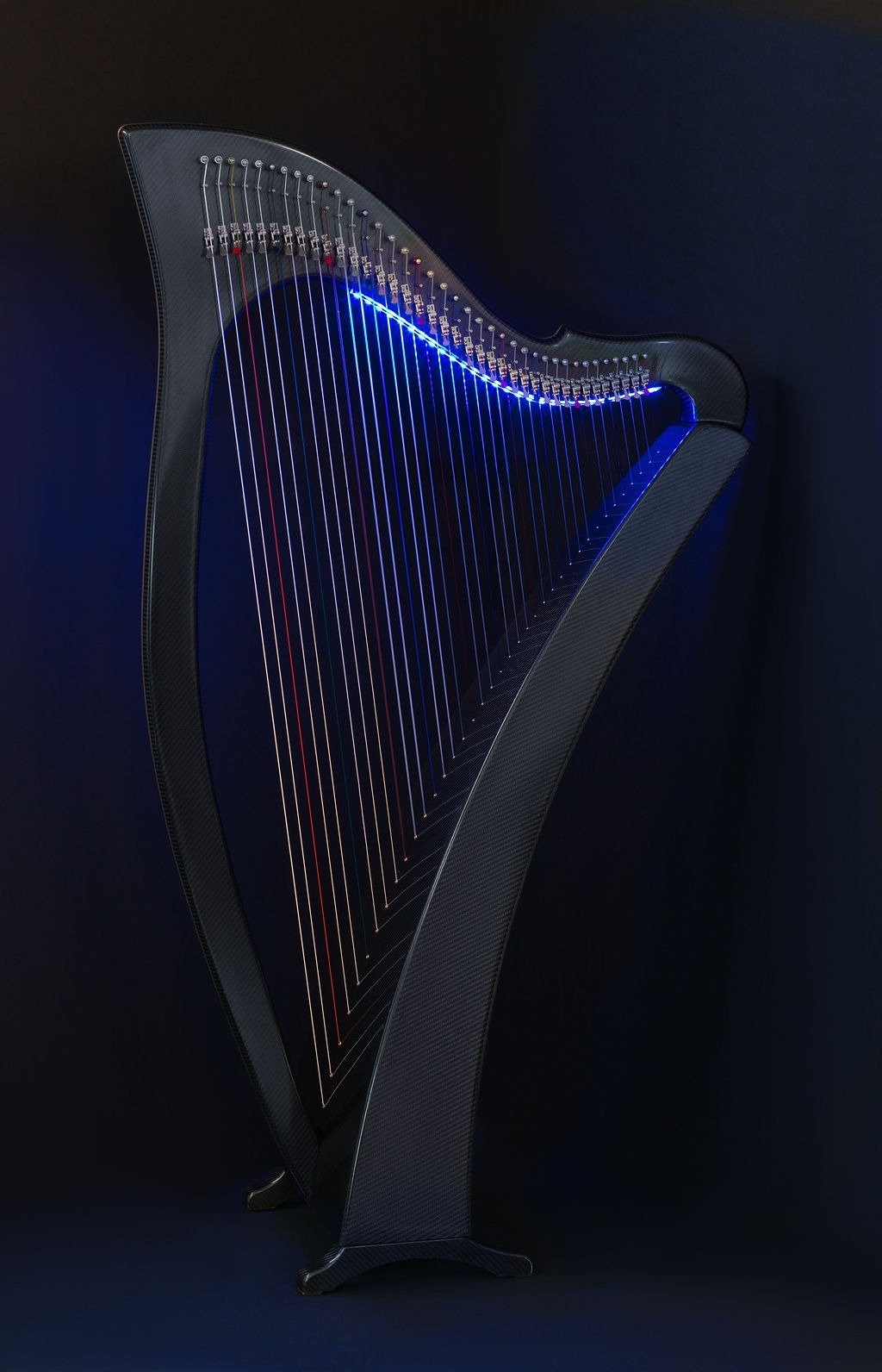 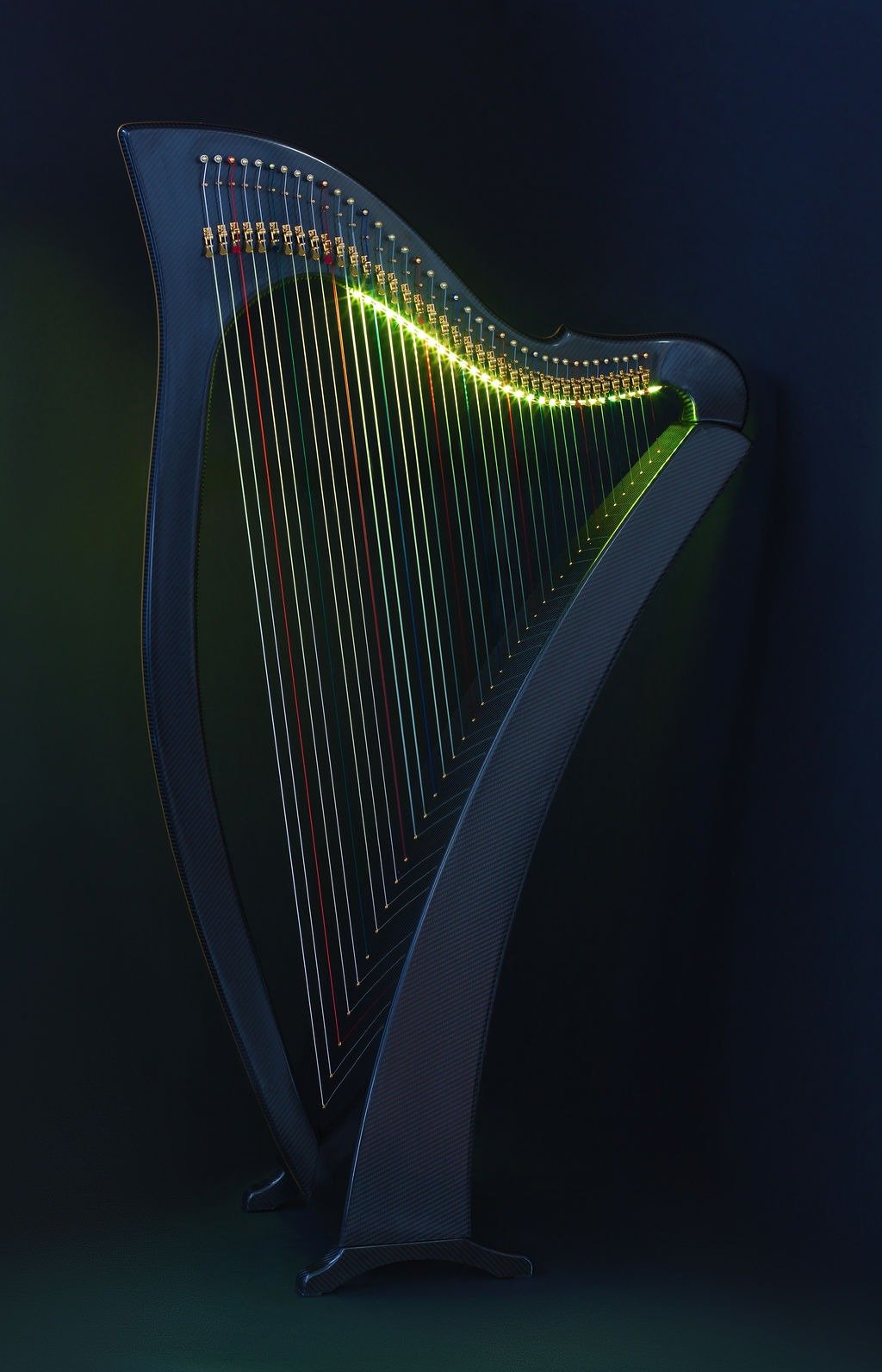 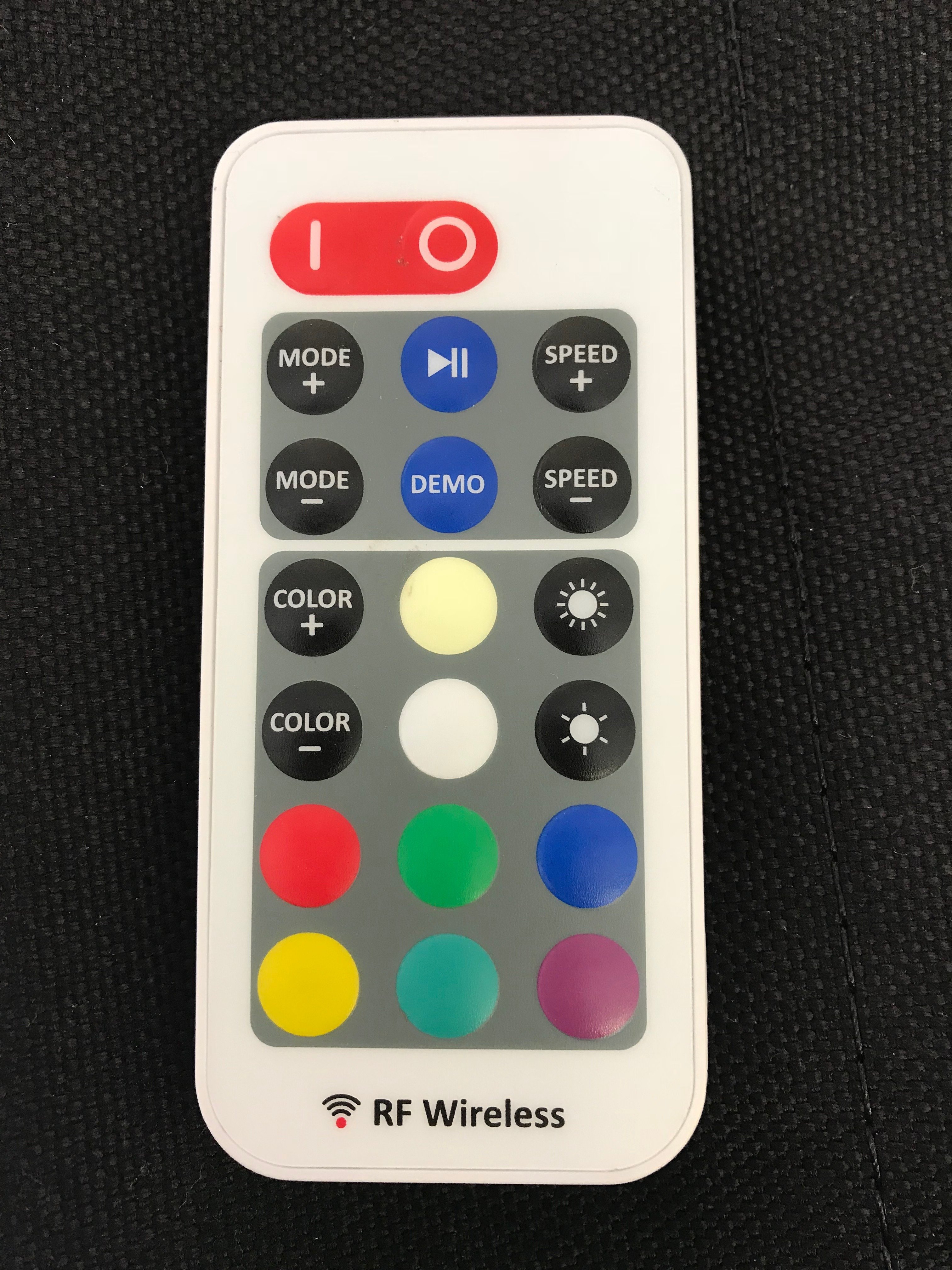 The Remote Control/Dimmer for the LED Lights